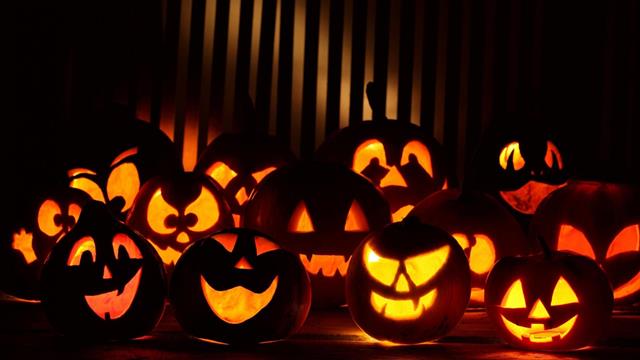 Is Halloween too scary for little ones?

It all depends on how they are introduced to it. At Kids Club, we think it’s another milestone in the year and we prepare our younger kids to enjoy it in the Centres and with their families.

The scary props of the season appear everywhere, we try to… demystify the spooky spectacle so they are not taken by surprise.

What we did this week

We took mini steps doing craft projects in a fun way to get them used to spooky pumpkins and ghosts. Depending on the age of the children, here’s an idea of how our “kidsclubbers” got to enjoy our Halloween party preparations.

In the Rainforest room (babies)

Even our babies participated to the preparation activities! 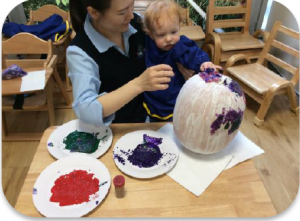 We had some very eager helpers who chose the colours and began dripping paint all over the pumpkins. We were little scientists as we dipped our brush and observed it drip onto the pumpkin. We all took a turn to sprinkle some glitter all over. Good teamwork!

In the Ocean room (toddlers)

The ocean room children worked on their scary windows for Halloween and painted their pumpkins to create perfect decorations to go in our foyer! 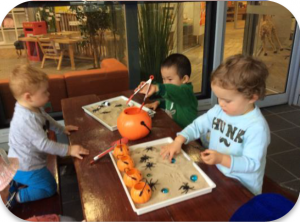 They also participated in sensory play activities:
They used tongs to pick up creepy crawly spiders, eye balls and marbles out of the sand… (fake of course!) and then placed them back in the big pumpkin.
This was a good activity for the children to strengthen their fine motor skills. All of the four children showed enthusiasm and were committed in transferring the spooky objects from the sand into the large pumpkin.

In the Outback room (preschoolers)

The outback children carved jack-o’lantern and explored what was inside. What an interesting process.

There was a lot of excitement and hype around carving this. Many children came and gathered around to be part of the process. As the knife moved around the traced circle, Miss Nicky showed that the knife began collecting pulp.

The excitement grew when the lid dropped into the centre. Miss Nicky lifted the pumpkin up to show what the inside looked like. At the same time, the crowd of children shouted-“EeewYuck!” Some children found it “discussing”;-) Some braved the unusual texture with sleeves up and arms in, others examined the seeds instead.

The next day they found out what happens when you leave a carved pumpkin out over the weekend! It always looks so easy on the television and movies!

Halloween was on everybody’s mind and they are enjoying every idea about it.
The children have decided to dress up our doll as a witch for the Halloween party which was a great idea.
Halloween heads: Last week we made some heads using plaster for our Halloween party this Friday. Today we completed them by painting them black with glitter! 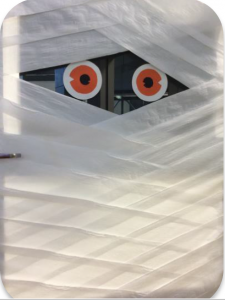 So, we gathered the cobwebs, put on our best spooky costumes and partied at our annual Halloween Spooktacular!

We organised a disco, activities, art and craft and prizes for the best dressed family.

Congratulations to the families for their Spooky Participation!

The children showed enthusiasm and curiosity in our Halloween workshops which developed their curiosity, cooperation, confidence, creativity and imagination!

For the older ones, they were able to use texts and media to get a greater knowledge as we looked at photos of pumpkins and decorations and spoke of why we use them. We developed our critical thinking as we observed and came up with hypothesis to why we think the paint drips!
Fine motor skills used to pain and focused on building positive social relationships as we worked as a team.

Kids Club Childcare is known for having the most beautiful Early Childhood Education centres in Sydney. View a virtual tour here. We believe the best start to your child’s future begins at Kids Club. A statement based on our commitment and practices in (4) key areas: Child-Led Learning, Stimulating Environments, Healthy Nutrition and Experienced Educators. 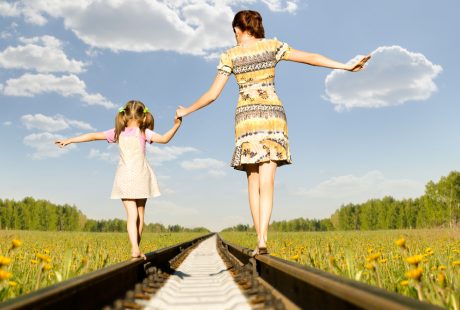 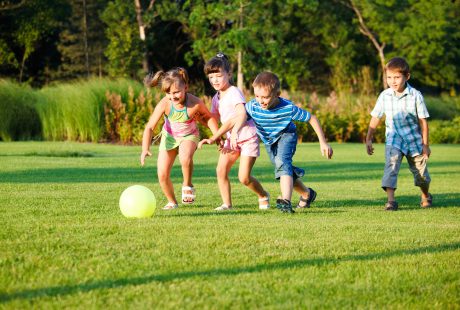 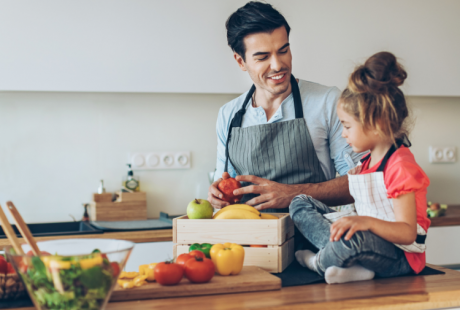 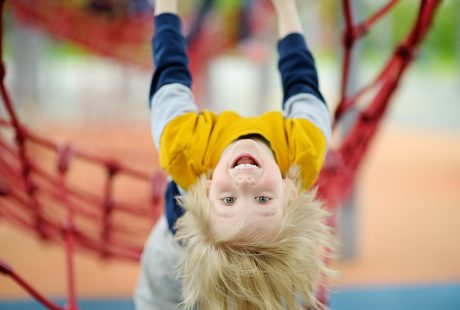